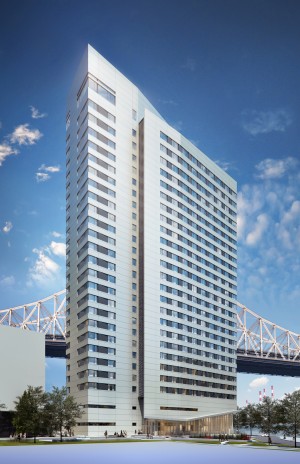 A tower completed earlier this summer in New York City is the tallest and largest residential Passive House high-rise in the world.

Located on Roosevelt Island, The House at Cornell Tech is a 26-story apartment building for students, faculty, and staff built to the rigorous standard that drastically reduces energy consumption while creating a healthier and more comfortable living environment. At the heart of the building is an HVAC system designed to provide exceptional comfort and indoor air quality for a fraction of the residents’ usual energy costs.

“To achieve Passive House standards, it’s important to have an extremely tight building envelope, and that requires an energy-efficient way to bring fresh air to all the living spaces while exhausting air from kitchens and bathrooms,” says Julie Janiski, project manager at BuroHappold Engineering, the project’s structural engineer. “All that required a lot of ductwork delivering air at very low CFM [cubic feet per minute]. This meant the ducts had to be tighter than traditional manual sealing typically provides, in order to ensure that those low CFM targets were fully delivered to the living spaces.”

The structure, developed by Related Cos. and Hudson Cos., has also earned LEED for Homes Multifamily High-Rise Platinum certification.

To ensure the duct tightness necessary for proper system functioning, sealing experts from Taitem Engineering were brought in to seal the entire duct system using a new, aerosolized duct sealing technology. Unlike traditional duct sealing, Aeroseal Montreal works from the inside of the ducts to seal leaks. The sealing equipment is connected to the ductwork via a long, flexible tube and sealant is blown into the duct interior, where it automatically locates and seals the leaks.

“We divided and sealed the ductwork one section at a time,” says Evan Hallas, operations manager for Taitem. “The computerized Aeroseal system measures results as the sealant is being applied, so we knew the results were impressive before we were even done.”

It took Taitem Engineering’s three-man crew just eight days to tightly seal the building’s complete duct system, including more than 55 vertical risers running the height of the building plus hundreds of horizontal runners branching from the risers to each individual room, kitchen, and bathroom in the 350-unit apartment building.

The final testing showed that the air sealing reduced leakage by an average of 98%, with final leakage rates under 1%—well within engineering specifications.

“It seems a bit like magic when you watch the Aerosealing process,” says Ryan Lobello of Handel Architects, the architectural firm on the project. “The report generated by the sealing system gives an equivalent hole size for the amount of remaining leakage, and it was so small we couldn’t even really draw a representation of it.”

The Cornell Tech campus, which opened earlier this month, was constructed on a slender island in New York’s East River between Manhattan and Queens. The graduate school, which currently has 300 students, is a partnership between Cornell University and Technion – Israel Institute of Technology, a public university in Haifa, Israel. 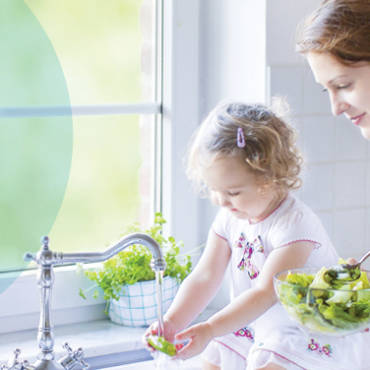